Adam Sammons cannot recall when the insurance business was not part of his life. His father, Charles Sammons, was an insurance agent since 1974, more than a decade before the younger Sammons was born. As a youngster, Adam Sammons helped with everything paper: filing and organizing. Today, as the newly installed president of the Independent Insurance Agents of Dallas, he is working to make both the virtual and in-person environments more relevant for the membership, as the local association gears up for its first major in-person event in nearly two years. 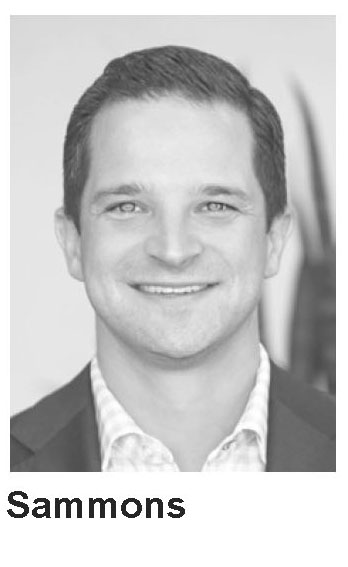 The 2021 Jim Millerman Insurance Convention, aptly titled Back in the Saddle, will be held at the Irving Convention Center on Nov. 4. The 2020 convention was held virtually.

Sammons was installed president of IIAD on Aug. 18 at the Royal Oaks Country Club by Ryan Bowles, president of the Marsh and McLennan Agency, Southwest. Sammons chose Bowles for the role, as Bowles was mentored in the insurance business by Sammons’s dad, who served as a board member and officer of IIAD when Bowles was starting his insurance career. Charles Sammons, who served as IIAD president in 2000-2001, died from cancer in 2004, when Adam Sammons was a senior in high school.

Sammons is currently the nonprofit practice leader for the southwest region for Marsh and McLennan Agency, Southwest. Prior to joining Marsh in 2016, Sammons was briefly with Patterson and Associates Insurance Agency, following a five-year stint with McQueary, Henry, Bowles and Troy (MHBT), which was acquired by Marsh and McLennan in 2015. Sammons holds the CIC designation, which he earned in 2015.

Between college graduation from Baylor University in 2008 and his job at MHBT, Sammons served as executive director of K-Life Ministries, a Christian mentorship program that works alongside churches, schools and families to teach and encourage teenagers’ moral strength as they face worldly pressures. His service to community programs such as K-Life has provided a strong foundation for his leadership on the risk management needs of nonprofit organizations. His penchant for service has also propelled him into many community involvements, most recently co-chairing with his wife the annual Super Hero Family Fun Fest, a fun and fundraising event to celebrate National Foster Care Awareness Month, for three years.

Local and state associations have recognized Sammons’s leadership and potential. In 2014, Sammons was honored with the Young Agent of the Year award for service and leadership from IIAD; then, in 2015, he received the André P. Juneau Young Agent of the Year award from IIAT. In 2012, he was tapped for a Top 30 Under 30 Future Leaders of Dallas honor by the Dallas Observer. In 2018, Sammons was named a Power Broker by Risk and Insurance magazine.

An optimistic and forward thinking person by nature, Sammons submitted an unsolicited article which was published by the Insurance Journal in 2013, at a time when the aging talent pool in the insurance industry began to raise concerns of the industry’s continuing viability. “Young producers give the seasoned professional an opportunity to remember,” he wrote. The young producers bring “a tail wind of passion, enthusiasm and creative ideas with them through the door.” Their new way of doing things combats complacency, he said, thus creating “a ripple effect of increased productivity throughout the entire office.”

Sammons said that the isolation triggered by the pandemic forced the executive officers of IIAD to take a hard look at the business model of the local association and work on how to deliver quality services to members. The switch to virtual everything reduced the association’s revenue stream, said Sammons. “The board looked at what we were doing to deliver the best value to our members,” he said. It was that introspection that led to his conclusion that “developing relationships is the heart and soul of the association.” As the association continues with some virtual offerings and members may still work remotely, Sammons said relationship building is a “real challenge.”

Past President Drew Brown, TexCap, started the process of engaging an outside consultant to help put together a three-to-five-year strategic plan to improve the association’s governance, membership and use of technology. During a mid-October IIAD board retreat, said Sammons, board members reviewed the results of a membership survey as well as the consultant’s report and began the process of implementing energized strategies to build the local association’s relevance to its members.

Sammons is looking forward to the Millerman Convention when annual awards for the Account Manager of the Year and Underwriter of the Year will be announced. Other upcoming events include IIAD’s Make a Wish Toy Drive on Dec. 2, a sporting clay tournament held in the spring to raise funds to award scholarships to insurance-career minded students at the University of Texas at Dallas, and the annual golf tournament in June.

Insurance plays an important role in people’s lives, said Sammons. He recalled that two clients were saved from financial disaster when their businesses were struck by tornados in October 2019. Coverage responded to their damages, $10 million for one, $45 million for the other. Both are doing fine now, he said.

Covid has brought a tough market and difficult financial times for many insureds, he said, particularly the nonprofit community that he serves. IIAD has played an important role to people in the recovery of their businesses, said Sammons. As members work alongside their clients through difficult times, Sammons finds his insurance career particularly inspiring.