Louisiana agent Randy Lanoix is the recipient of the Big I’s Woodworth Memorial Award. The award was presented during the Big I Fall Leadership Conference in Kansas City, Missouri, held Sept. 29 through Oct. 3. Lanoix is president of the Lanoix Insurance Agency in Lutcher and Port Allen. In announcing the award, IIABA said that all Woodworth recipients share one trait – an extraordinary dedication to the industry and the association. Lanoix has devoted his career to the insurance industry and his community. He served as president of the Independent Insurance Agents and Brokers of Louisiana in 2001 and as Louisiana representative on the Big I National board of directors. Lanoix received the Mr. Chairman Award for his work as Louisiana’s legislative chairman and his work with the Louisiana Legislature. On the national level, Lanoix was Big I chairman for the 2015-2016 term. In addition to serving seven years on the Executive Committee, Lanoix served on the Professional Liability Committee, the Trusted Choice board of directors, numerous task forces and two terms on the Government Affairs Committee, where he chaired the state government affairs. He has been a steadfast supporter of InsurPac for years. The Jeff Yates Lifetime Achievement Award went to Dave Evans, who has held a number of positions with Big I, including executive director of Trusted Choice and senior vice president and publisher for Independent Agent magazine. He oversaw company relations and was president of Membership Services Inc.

Kansas agent Bob Fee, president of Fee Insurance Group Inc. in Hutchinson, was sworn in as 2021-22 Big I chairman at the recent Big “I” Fall Leadership Conference in Kansas City, Missouri, Sept. 29 through Oct. 3. Fee has held numerous positions at both the state and national level for the Big “I.” At the state association level, he has served on the Kansas Association of Insurance Agents (KAIA) board of directors and as the Kansas director on the national association board. He has also served on several KAIA committees, including the Government Affairs Committee, and was the 2007-2008 KAIA president. At the national level, Fee has been a member of the Government Affairs Committee and the Trusted Choice board of directors, including a term as the Trusted Choice board chairman. He received the Big I Chairman’s Citation in 2011. John Costello, USI Insurance Services, Rochester, New York, was installed as chairman-elect and Michael McBride, Mason-McBride Inc., Troy, Michigan, became vice chairman. Fee succeeds Chairman Jon Jensen, of Correll Insurance in Spartanburg, South Carolina, who will remain on the Big I Executive Committee for an additional year as immediate past chairman.

Anthony “Tony” Curti, CIC, LC, of Bloomfield Hills, Michigan, was installed as president of the National Association of Professional Insurance Agents during the organization’s Sept. 23 board meeting in Detroit. Curti was sworn in along with Gerald F. Hemphill, CC, LUTCF, Richmond, Virginia, president-elect; Richard A. Savino, CIC, CPIA, Warwick, New York, vice president/treasurer; Ariel Rivera, Puerto Rico, secretary/assistant treasurer, and Wayne F. White, CPA, CPIA, PFMM, Conway, Arkansas, immediate past president. The officers serve one-year terms beginning Oct. 1. Curti was elected to the Executive Committee of PIA in 2018 and has served as a board member for nine years. He completed three terms as president of the Michigan Association of PIA and still serves on the board of the state association. He began in the insurance business with Curti Insurance Agency Inc., a family-owned firm. After the sale of the agency, he served in several leadership positions in the insurance business and currently is an operations executive with Acrisure. He is an adjunct professor in Finance at Walsh College in Troy, Michigan, and previously served on the faculty of the Society of Certified Insurance Counselors (CIC).

Former Georgia Insurance Commissioner Jim Beck has been sentenced to seven years and three months in federal prison following his conviction by a jury on July 22 for stealing more than $2.5 million from the Georgia Underwriting Association, Acting U.S. Attorney Kurt R. Erskine announced Oct. 13. At the time Beck was charged in 2019, he was the newly elected Georgia Insurance Commissioner. From January 2012, until Beck was sworn in as commissioner on Jan. 14, 2019, he worked as the general manager of operations for the GUA. While he was general manager, Beck had controlling financial interest in two businesses, Creative Consultants and GA Christian Coalition. He got four friends or family members to form four companies which supposedly supplied services to the GUA, for which Beck approved invoices. Beck’s two companies then invoiced the four companies, and his four associates paid the fraudulent invoices. In addition to the theft, Beck was sentenced on four counts of tax fraud. The tax loss to the IRS was more than $350,000, according to the news release from the U.S. Attorney’s Office, Northern District of Georgia. In addition to his sentence, Beck was ordered to pay restitution of over $2.6 million, to forfeit $426,000 and two pieces of real property, and to pay a personal forfeiture of $2.0 million.

The U.S. attorney’s office for the Southern District of New York in Manhattan has charged 18 former National Basketball Association players and the spouse of a former player in an alleged scheme to scam a league health care fund out of nearly $4 million. The indictment was unsealed Oct. 7. The former players, including guard Sebastian Telfair, small forward Tony Allen, and power forward Ronald Glen “Big Baby” Davis, allegedly submitted false claims for reimbursement of medical and dental expenses for services they didn’t receive or pay for. In all, the players pocketed about $2.5 million in fraudulent proceeds, the indictment said. The players were charged with conspiracy to commit health care fraud and wire fraud, which carries a maximum of 20 years in prison. Terrence Williams, former guard for the Houston Rockets, is considered “the scheme’s linchpin,” and he also was charged with aggravated identity theft for using personal identifying information of an employee of the administrative manager of the healthcare plan. Williams received about $230,000 in kickbacks from the defendants, according to the indictment. The health care plan was funded by NBA teams.

The Financial Stability Ratings of A, Exceptional, assigned to FedNat Insurance Company, Maison Insurance Company, and Monarch National Insurance Company have been affirmed, Demotech Inc. announced Oct. 7. This level of FSR is assigned to insurers who possess exceptional financial stability related to maintaining positive policyholders’ surplus, sufficient liquidity of invested assets, an acceptable level of financial leverage, reasonable loss and loss adjustment expense reserves and realistic pricing, to name some critical metrics. Demotech founder and President Joe Petrelli noted that Demotech obtained information through conversations and meetings with executive management that was not available at the time of the most recent statutory financial statements. Demotech affirmed the financial stability ratings based upon the totality of the review of the June 30, 2021, operating results and actions of management. According to Mike Braun, chief executive officer, FedNat Holding Company, president, FedNat Insurance Company, “The Company has experienced an unprecedented amount of weather related events over the past 18 months, more than has been experienced in its nearly 30 years of business. FedNat, along with the support of its reinsurance partners, continues to provide quality and timely service to all of our policyholders who have been impacted by this weather.”

Risk Placement Services Inc., a unit of Arthur J. Gallagher, reported on Oct. 4, that industries hardest hit by cybercrime (education, public entity/government, healthcare, construction and manufacturing) have seen premium increases as high as 300 percent at renewal. “Even with the right controls in place, organizations are finding it next to impossible to secure their 2021 coverage at 2020 rates,” said RPS. The industry’s standalone cybersecurity loss ratios soared to 72.8 percent in 2020, from 47.1 percent in 2019. RPS attributed the cost increase to the unanticipated impact of ransomware claims and the additional exposure created by employees working from home during the global pandemic. “With cyber liability loss ratios climbing, even with demand increasing and premiums climbing reinsurers began to curtail how much in premium insurance companies could layoff with them,” said Steve Robinson, RPS national cyber practice leader. “Some markets discovered that they reached their risk transfer ceiling with their reinsurer faster than anticipated.”

A Capital Market’s special report U.S. Insurers’ Collateralized Loan Obligation Exposure Jumps Almost 23 Percent at Year-End 2020 details insurer exposure to CLOs. The report found that exposure grew as of year-end 2020 to $192.9 billion from $156.9 billion as of year-end 2019. Overall, CLO exposure for the U.S. insurance industry remains relatively small, at about 2.6 percent of total cash and invested assets. An NAIC analysis showed that a few insurers have concentrated investments in Combo Notes and low-rated tranches. Given the complexity and volatility of CLO investments in general, exposure as a percent of total surplus is worth identifying, particularly for insurers with large exposures as a percentage of total surplus. The majority (78 percent) of these investments are rated single A or above, so the NAIC does not believe the CLO asset class currently presents a risk to the industry as a whole. However, significant CLO exposures relative to surplus and concentrated exposures to atypical securities like Combo Notes and low-rated tranches are potential risks, particularly in a stressed environment. 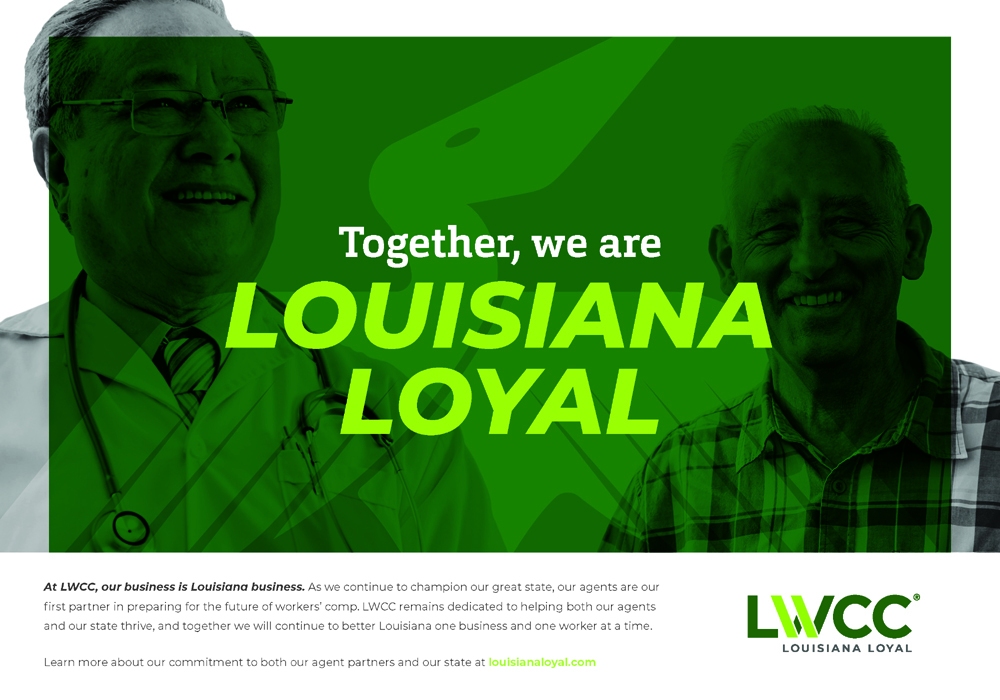 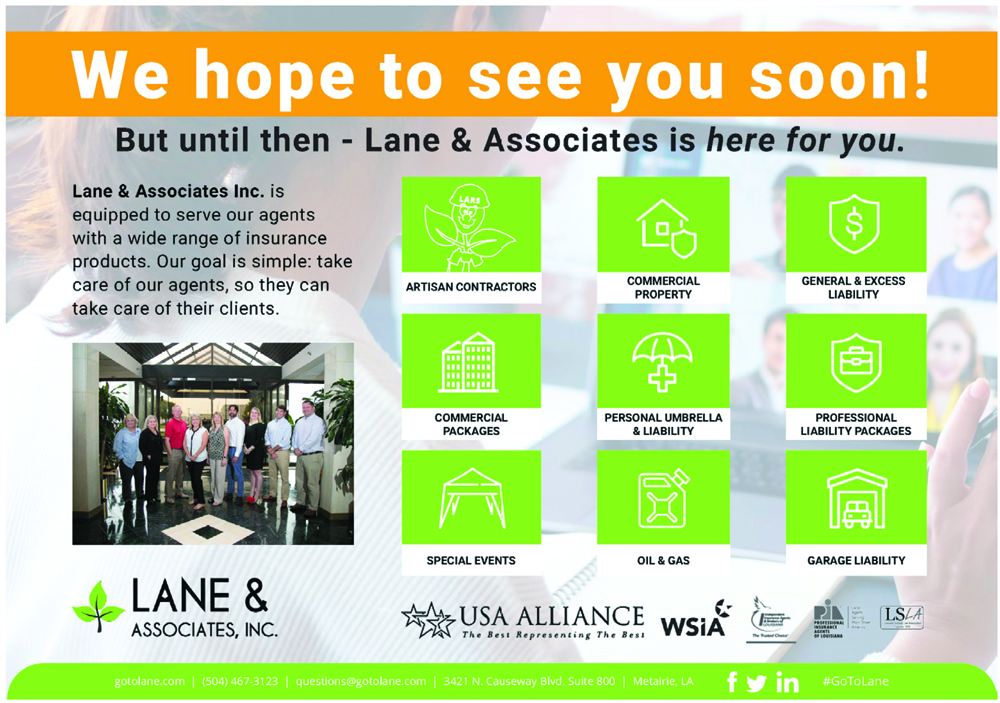