The Louisiana Association of Self Insured Employers (LASIE) was founded in 1991 and will be celebrating its 30th anniversary during the LASIE conference in New Orleans, Nov. 3-5.

When LASIE was founded, the workers’ compensation market in Louisiana was “completely upside down” according to LUBA Workers’ Comp CEO David Bondy who was interviewed by the Reporter for the 30th anniversary of LASIE. Bondy participated in getting the association started. 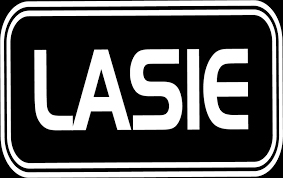 “Paul Moore, who at the time was the administrator of the Louisiana HomeBuilders Association – SIF, had just as much to do with the establishment of LASIE as I did,” Bondy told the Reporter.

At that time, not many insurance companies were willing to write workers’ compensation in Louisiana. Companies writing in the voluntary market were assessed for losses in the assigned risk plan, and those losses were mounting every year. Those willing to write workers’ compensation were paying just as much in assessments to the assigned risk pool as the premiums they wrote. In 1989, companies paid out 80.5 cents in assessments for every dollar of voluntary business the insurance companies wrote.

There were a number of corporations that were large enough, according to Bondy, that they could self-insure themselves for workers’ compensation.

The small and medium size corporations were not large enough to self-insure for workers’ compensation, so the 1979 law that was passed allowing for the setting up of group self-insurance funds helped to alleviate this issue.

Even though the group self-insurance law had been in effect for over 10 years, Bondy told the Reporter, the SIFs were not looked at favorably by state regulators in Baton Rouge.

The large corporations’ self-insurance funds were not getting the same reception in Baton Rouge as the eight association group SIFs in the state. “The SIFs needed an association that would help with the regulators and the legislature,” Bondy said.

According to Bondy, it was not difficult to get the competitors in the workers’ comp insurance business to come together because “we were all feeling the same pain. … we were all unofficially complaining to each other about the state of the workers’ compensation market in Louisiana,” Bondy said.

Bondy and Moore went to self-insurance fund association meetings in other states “to see what is going on” so that they could get an idea for a blueprint for LASIE.

After visiting various associations in other states, Moore and Bondy got an idea of what the structure of the association should look like, but “Moore and I realized that if we did not get the large national corporations on board, we would not be able to get LASIE off the ground,” Bondy explained.

“When we showed the large national companies the blueprint for LASIE, they realized the new association was worth the risk,” Bondy added.

“The first 12 months of LASIE saw six or seven of the group self-insurance funds in the state and around 18 large corporate self-insurers join LASIE,” Bondy said.

Getting everyone on board gave LASIE the ability to get things done in Baton Rouge. “When we went to meetings with the regulators, the lobbyists for Bellsouth and Exxon came along, and it gave us a large enough voice to get things done,” Bondy recalled.

“In the mid-1990s, the worm turned. Ironically where we are now with workers’ comp in Louisiana can be attributed to the founding of LASIE,” Bondy said.

“I also want to give credit to Gary Patureau with the continued success of LASIE,” Bondy said. Patureau has been executive director of LASIE for the last 24 years.