A Lake Charles physician pled guilty July 30 in Arkansas to one count of conspiracy to commit mail fraud, wire fraud, health care fraud, fraud to obtain federal employees’ compensation, and illegal remunerations (taking kickbacks), in connection with a scheme to defraud the U.S. government and private insurance companies by over-billing for unnecessary medications provided to workers’ compensation patients, according to a news release from Acting U.S. Attorney David Clay Fowlkes of the Western District of Arkansas.

U.S. District Judge Timothy L. Brooks presided over the plea hearing, in which Robert Dale Bernauer Sr., 74, waived indictment by a grand jury and pled guilty to a criminal bill of information charging him with conspiracy to violate five different federal statutes. According to court documents, Bernauer, an orthopedic surgeon and clinician who practiced in Louisiana, made more than $1,000,000 off of the scheme, which ran from 2011 until 2017 and defrauded federal and private workers’ compensation insurers. 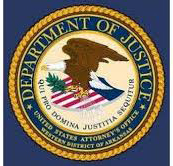 Court documents allege that the basic premise of the scheme was that individuals associated with an Arkansas company recruited Bernauer to dispense pain creams and patches to his workers’ compensation patients by offering him a 50 percent split of the profits collected from successfully billing insurers. The company billed insurers at markups of anywhere from 1,500 to 2,000 percent—in other words, 15 to 20 times what the medications actually cost. The unnamed company acted as the billing agent for Bernauer, handling all of the paperwork and submitting the allegedly fraudulent claims to the U.S. Department of Labor, Office of Workers’ Compensation Programs, which covers all federal employees, and to private insurers as well.

Bernauer admitted that he and his co-conspirators knew he did not have a license to dispense medications from his clinic, which was required under Louisiana law. Nonetheless, he proceeded to sign two contracts under which he agreed to buy topical medications from the Arkansas company at set rates, and dispense them exclusively to his workers’ compensation patients in return for half of all amounts collected.

Although such profit-splitting arrangements violated federal and Louisiana laws, in pleading guilty Bernauer admitted he joined the scheme knowing it was, in his words, “too good to be true.” Bernauer further admitted he deliberately blinded himself to the illegality of the business arrangement, despite all the “red flags” he knew to be present. Bernauer’s plea agreement states that while not offering any excuses for his conduct, he joined in the conspiracy because he needed the money, and continued to participate due to expenses associated with his wife’s final illness.

Court documents indicate that Bernauer was not the only physician involved in this scheme, and the total financial harm to federal and private workers’ compensation insurers is not listed. However, Bernauer alone accounted for a loss of approximately $2,050,546, of which $664,176.50 was suffered by the federal agencies whose employees were Bernauer’s patients.

In his plea agreement, Bernauer promised to immediately start making amends, by within 30 days paying $664,176.30 directly to the Department of Labor, as restitution to the federal agencies that were primary targets of the fraudulent scheme, and a further $361,096.70 to the court clerk’s office, to be distributed to other insurers victimized by the conspiracy. Bernauer also acknowledged that he would be subject to an additional restitution order of approximately $1,025,273, as a shared obligation with any of his co-conspirators who are later convicted.

As a result of his guilty plea to the single conspiracy count, Bernauer may be sentenced to a maximum of five years in prison. The court will determine his sentence at a later date, after reviewing a pre-sentence investigation report prepared by the U.S. Probation Office, and considering the U.S. sentencing guidelines and other statutory factors.