Jason DiMaggio to head up The 1752 Club

Jason DiMaggio, with experience on both the agency and company sides of the insurance business, was installed president of The 1752 Club during ceremonies held Feb. 2 at On the River Events in Baton Rouge.

He succeeds Shay Robinson, Foremost Insurance Company, who remains on The 1752 Club’s board of directors. 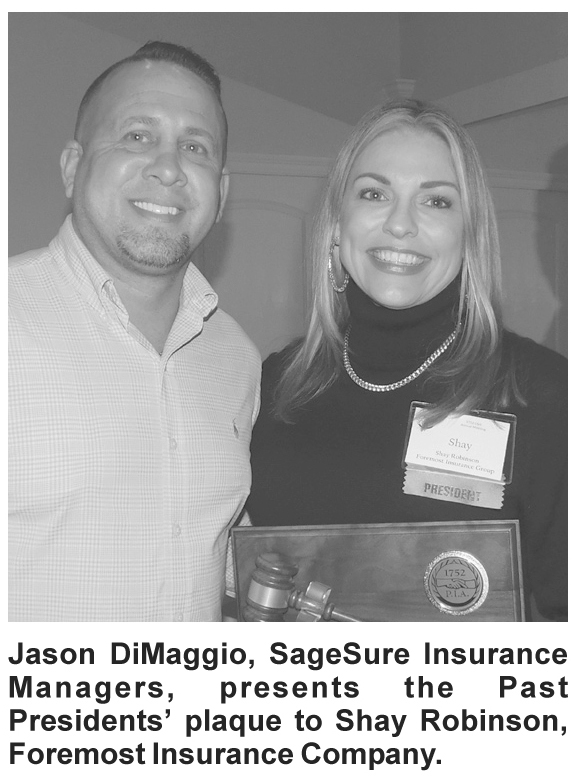 DiMaggio is currently the south and west Louisiana territory sales manager for SageSure Insurance Managers, a position he has held for almost three years.

His insurance career began over 20 years ago when he went to work at Guardian Insurance Agency, which was owned by his mother-in-law. He was a producer for Guardian for eight years, handling personal and commercial lines of business, and then he managed a satellite office in Chalmette for New Iberia-based Dorsey Insurance Agency. Next, he worked as an underwriter/marketing rep for Slidell-based Southeast Safety Association, and that was followed by four years with SafePoint Insurance Company, where he was the Florida-based company’s agency relations manager for Louisiana before joining SageSure Insurance Managers.

In addition to his position with The 1752 Club, DiMaggio is on the boards of the Young Insurance Professionals (YIPs) and PIA of Acadiana, and he served as the president of the Northshore Chapter of PIA.

He was the 1752 Club’s 2019 Marketing Representative of the Year, an award that is presented during PIA of Louisiana’s annual convention, and he holds a property and casualty agent’s license.

Outside of insurance, DiMaggio served as president of the Slidell Youth Basketball Association.

His main goal for his term as president is to grow the organization to what it was before the pandemic. DiMaggio understands that it will be difficult between Covid-19 and the state of the insurance market in Louisiana. “I think if more territory sales managers understand what we do at The 1752 Club, they will get involved,” DiMaggio said.

He feels that there is a lot to learn from other members of The 1752 Club through networking. “This helps us better meet the needs of our agents,” DiMaggio told the Reporter.

The 1752 Club’s membership consists of field representatives and/or inside company marketing managers and others who engage in appointing independent agents, including general agents, surplus line brokers, property and casualty adjusters, along with marketing representatives for service industries such as defense attorneys, premium finance companies and insurance software companies.

The 1752 Club meets four times a year: in February for its annual meeting; in May for a Day at the Races; in July during the PIA Convention, and in October or November for a Saints tailgate party.

The name of The 1752 Club is a reference to the founding date of the first property insurer in North America, March 26, 1752. Benjamin Franklin was among the founders of the company, The Philadelphia Contributionship for the Insurance of Houses from Loss by Fire, which survives to this day.