More than 100 Texas insurers jointly filed a lawsuit on Dec. 28 against the Electric Reliability Council of Texas (ERCOT) and 37 power generation companies for failing to provide households and businesses across Texas with power during the winter freeze last February. The lawsuit alleges gross negligence and cites several prior instances of power outages and known strategies to avoid subsequent cold weather-driven outages. 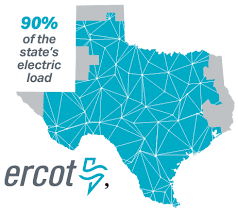 According to the lawsuit, ERCOT and the power generation companies failed to heed the advice of federal and state agencies after previous disruptive power failures in 1989 and 2011, contributing to the plaintiff’s contention that the “cold weather event and its effects on the Texas energy grid were neither unexpected nor unforeseen.”

The case has been assigned to the Travis County Court’s 459th district Judge Maya Guerra Gamble.

The petition does not specify an amount for the damages sought, only that the damages fall in excess of the jurisdictional minimum of the district court. A report from the Texas Department of Insurance released on Dec. 27, 2021, estimated the total losses as of July 31, at $10.3 billion, based on data provided by 68 top insurers.

TDI’s data included paid and anticipated claims for damages from the winter weather event that brought damaging subfreezing temperatures across Texas from Feb. 11 to Feb. 19. As of July 31, these 68 insurers indicated that they had 500,196 insurance claims and expected to ultimately pay $10.3 billion in insured losses from the event.

The 68 insurers’ estimate then included $5.8 billion in claims payments to policyholders, $3.3 billion reserved for unpaid claims, and $1.3 billion in actuarially determined reserves for incurred but not reported losses. Insurers projected then that $3.1 billion of the $10.3 billion would be covered by reinsurance.

Among the 131 companies filing the petition are eight of the top 10 writers of homeowners’ insurance in Texas. The largest homeowner insurer in Texas, with an 18.28 percent market share as reported by TDI based on 2020 premium, State Farm Lloyds, is represented by the Dallas law firm Munck, Wilson, Mandala, even though a lead attorney for the case has not been named at this time. So far, the plaintiff lawyers have been working as a team. In total, eight law firms make up the legal team for plaintiffs in this case, with 17 lawyers identified as contacts.

Richard Johnson, a spokesperson for the Insurance Council of Texas, which has no role in the lawsuit and is not a party to the lawsuit, noted that insurance companies are within their rights to pursue reimbursement for damages paid.

The insurers’ “customers could benefit with the potential recovery of part of, or all, their deductible. By recovering costs from the at-fault parties, these costs won’t be entirely shouldered by Texans who suffered during these power outages,” said Johnson. He told the Reporter that not all parts of Texas are part of the ERCOT grid. Non-ERCOT areas such as El Paso, Lubbock and Amarillo did not have the same experience.

Among the 24 specific negligent and avoidable actions by ERCOT alleged in the plaintiffs’ petition were:

-Failing to forecast the load and resources need for anticipated conditions in the seven days preceding the storm;

-Failing to warn Texans prior to the storm about the likelihood of blackouts in the event of an extreme weather event;

-Failing to update, repair and modernize the power grid prior to the storm.

The petition alleges 23 specific negligent acts, inactions or omissions by the power generating companies. Among them are:

-Failing to comply with applicable safety standards, customs, and good utility and plant management practices to adequately winterize their facilities and equipment;

-Failing to adequately protect and winterize their generating equipment;

-Failing to protect Texans from a loss of power during an extreme winter storm;

-Failing to warn Texans or ERCOT about the likelihood of outages.

Responses to the petition are due approximately three weeks after the defendants have been served. ERCOT is rumored to have a $30 million liability policy. An attorney not affiliated with any of the plaintiffs told the Reporter that the subrogation and death litigants will compete for that policy. Existence of insurance coverage and limits held by the 37 power generating company defendants is unknown at this time.

As of Jan. 3, the Texas Department of State Health Services released its final count of deaths attributable to Winter Storm Uri, reporting 246 deaths across 77 counties. The plaintiffs’ petition used an earlier estimate of 57 deaths in connection with the extreme weather and resulting blackouts.

While the gross negligence allegation, if proven, can carry a punitive award, current Texas law is averse to awarding punitive damages, and even less likely in an insurer’s subrogation case, according to a Texas attorney not involved in the case.

Dallas attorney Steve Badger of Zelle LLP, who led the insurance industry’s $5 billion subrogation action against the airlines arising out of the 9/11 Terrorist Attack, called the filing a “compelling story laying out responsibility for the blackouts and resulting losses.” Badger explained that “subrogation is the process by which ultimate fault for large disasters is allocated from first-party property insurance companies, who pay regardless of who is at fault, to the parties actually responsible for the event.” Badger advised that the subrogation process helps property insurance companies recoup some of their loss payments, which in turn results in keeping premiums down.

Badger said that his law firm chose not to participate in this action and referred their clients to other lawyers given their ongoing work in Covid business interruption and weather related catastrophe litigation. “Believe me, it was hard not getting involved in this fascinating case, but we just didn’t have the capacity to take on the work. I wish these great lawyers luck,” said Badger.

In addition to the 131 insurers participating in the original petition, 75 more insurers signed on as intervenors in the petition.