The Department of Housing and Urban Development disproportionately sells homes in flood prone areas, often to unsuspecting buyers, according to a National Public Radio investigation.

For example, in Louisiana, about 20 percent of homes sold by HUD were in flood zones. That’s compared to 0.1 percent of all homes sold from 2017 to 2020, NPR’s Rebecca Hersher told the host of Morning Edition in a Sept. 13 interview. All of which suggests that HUD is selling relatively more flood prone homes than are in the general housing stock. 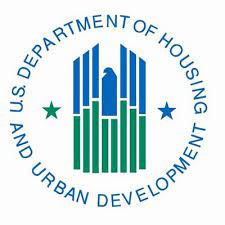 Hersher said that HUD is mainly known for subsidizing rental housing, but HUD also sells homes. The investigation found that thousands of the homes HUD sold around the country are located in flood zones, and the people who buy them generally don’t know about the flood risk until after they decide to buy.

The houses are those that were foreclosed on by banks and then handed over to HUD to sell. NPR analyzed data from 2017 to 2020, which falls immediately on the heels of the 2016 flood in the Baton Rouge area. During the period NPR analyzed, HUD sold about 100,000 homes, Hersher said. HUD sold houses in almost every state, but there were hotspots in Louisiana, Florida and New Jersey. A larger portion of the homes that HUD sold in those states were in flood zones.

Those are the three states whose federal legislators are pushing FEMA to halt implementation of the new escalated flood rates.

Among the people interviewed for NPR’s story was a family in Denham Springs interviewed by a WWNO reporter. The Denham Springs family does have flood insurance on the home. Having never owned a single family residence, the family expressed optimism about homeownership and the prospect of avoiding a future flood. No word on the affordability of flood insurance after Oct. 1 when new rates go into effect.

Hersher blames climate change for the skyrocketing flooding in the U.S. She criticizes HUD for being remiss in dealing with climate change and for selling homes that are prone to flooding.

While the state of Louisiana has a program to get people out of the area that flooded in 2016, the woman who heads the agency that oversees those home buyouts had never heard of the HUD home program, the WWNO reporter told the audience.

Hersher offered options that housing experts and homeowners mentioned to her as potential solutions, including:

-Disclose the flood risk earlier and more fully in the purchase process, i.e. on the listing page.

-Give information upfront about the cost of flood insurance.

-Do more to make the homes safe from flooding before HUD sells them.