FedNat Holding Company announced Nov. 8 in a report on its third quarter results that it plans to exit the Louisiana and Texas homeowners insurance markets and run off its subsidiary, Maison Insurance Company. The company cites hurricane related losses over the past 15 months as the reason for its departure from the two states. 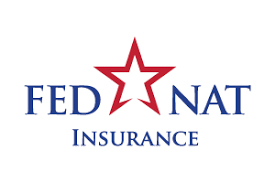 Headquartered in Sunrise, Florida, FedNat Holding intends to focus on the Florida homeowners market, according to Michael H. Braun, the company’s chief executive officer, and as a result, “will commence an orderly runoff of the insurance operations of Maison Insurance Company.” Maison will file appropriate documentation with insurance regulators in Louisiana, Florida and Texas concerning a withdrawal plan. The company expects to non-renew Louisiana policies on their anniversary dates beginning in January; Texas policies beginning in February, and Maison’s Florida policies beginning in June.

FedNat Insurance Company, a FedNat Holding subsidiary, wrote $66.0 million premium in Texas in 2019, while Maison wrote $34.1 million. Taken together they wrote $100.1 million in 2019 and would have ranked twenty-third largest homeowners writer in Texas, according to the Texas Department of Insurance Top 40 List of Insurers based on 2019 Written Premium and Market Share. FedNat had a 0.66 percent market share, and Maison had a 0.30 percent market share of the state’s homeowners business in 2019.

FedNat Insurance Company’s non-Florida book has been written through SageSure, a longstanding partner that is a third-party managing general underwriter and owns the renewal rights to these policies, FedNat Holding said in the report. FedNat expects that, in December, SageSure will begin making offers of coverage to FedNat Insurance Company’s policyholders to renew most policies in insurance-carrier partners of SageSure in Texas and Louisiana which are not affiliated with FedNat Holding. Policies in South Carolina, Alabama and Mississippi that were written through SageSure will continue to be renewed by FedNat Insurance Company until such time as SageSure’s carrier partners obtain the necessary licensing in those states, possibly in the second quarter of 2022.

“The geographic expansion strategy that FedNat launched in 2013 to write homeowners insurance in coastal markets outside of Florida, and then accelerated in 2019, was well intended given the challenges we were facing in the Florida homeowners market at the time,” Braun said in the report. “The acquisition of Maison, and to a lesser extent, the expansion of FNIC’s non-Florida book, ended up being significantly challenged due to the unprecedented number of catastrophe weather events that affected Texas and Louisiana in the past 15 months, coupled with the hardening reinsurance market that began in mid-2019, after our announcement of the acquisition,” Braun said.

“The impact of these significant catastrophe weather events has put a strain on FedNat’s capital position, and further action is now appropriate,” Braun said. “We are therefore exiting the non-Florida markets and refocusing on the improving Florida homeowners market, where there has been some legislative reform, and more importantly, we have taken rate (increases) of approximately 70 percent in FNIC and approximately 50 percent in Monarch National Insurance Company over the past four years. As a result, we believe now is the right time to focus on writing policies in Florida, where FedNat continues to have significant market share, strong underwriting and claims handling capabilities and strong agent relationships,” Braun explained.

The company infused $20 million of capital into FNIC, effective as of Sept. 30, 2021, to support its book of business. In accordance with the orderly runoff strategy, the company elected to make no such infusion into Maison for the third quarter. The company has approximately $40 million of non-insurance company liquidity heading into the fourth quarter.

Braun said that FedNat has communicated with Demotech “about our intent to refocus our operations on the Florida market and appreciates the constructive analysis and dialogue maintained through a challenging period of time.” Braun added that Demotech is withdrawing its rating of Maison, which FedNat believes is appropriate, while the ratings of FedNat Insurance Company and Monarch are independent of the action.

“The process of running off the Maison book and transferring the SageSure policies is expected to take approximately 18 months to complete, resulting in a financially stronger company with approximately $450 million of anticipated in-force premium exclusively in Florida,” Braun said. “We expect the benefits of this transition to begin to materialize immediately in the form of lower capital requirements and lower exposure to catastrophe weather losses. We will of course continue to provide quality service to all of our policyholders throughout the runoff period.”

According to the company’s third quarter results, FedNat lost $24.8 million during the quarter, compared to a loss of $20.7 million during the same period last year. The operating loss was $26.0 million, compared to an operating loss of $21.5 million in the prior year. During the third quarter, the company’s gross written premium declined by 12.8 percent, to $157.0 million from $180.2 million a year earlier. The combined ratio for the period was 165.4 percent, including 37.7 points of net catastrophe losses in the period.

During the third quarter, FedNat’s Florida homeowners in-force policies decreased 22.6 percent to approximately 168,000, while Florida gross premiums written decreased 13.9 percent. The Florida book was reduced from 272,000 policies in 2017, a reduction of more than one-third. Yet the company’s in-force premiums remained fairly stable at approximately $430 million, according to the third quarter report.