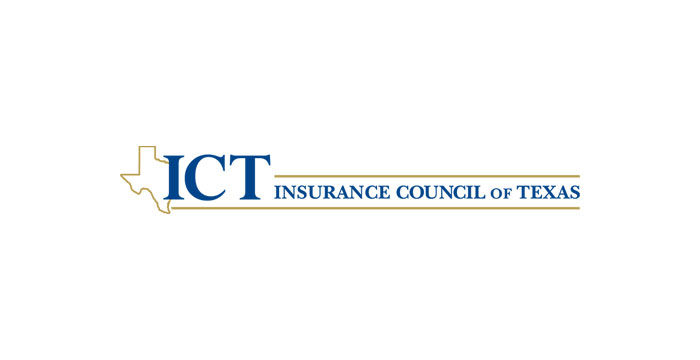 The future trend for insurers to worry about is the increasing amount of insured catastrophe losses, according to Robert Hartwig, who is in his sixth year on the faculty of the Darla Moore School of Business at the University of South Carolina.

Increasing numbers of named storms are a challenge, Hartwig said, and high populations and developments in harm’s way exacerbate the issue. He added, “Fortunately, risk mitigation efforts are paying off.”

Hartwig, an associate professor of finance, risk management and insurance, delivered the news during the question and answer period following his 21st, by his count, appearance at the Insurance Council of Texas Property Casualty Symposium in September. The event, sponsored jointly by ICT and the Association of Fire and Casualty Companies in Texas for 27 years, was held virtually for the second year running. The annual ICT meeting and speaker program was spread over two days.

During his presentation, Hartwig noted that annual insured catastrophe loss costs have averaged $22.2 billion since 1980. Last year’s catastrophe loss costs totaled $67 billion, and 2021 is off to an ominous start with an estimated $30 billion in losses through the first half of this year and another $20 billion in the third quarter. That is a big start for this decade, Hartwig said.

Hartwig’s estimate of Ida losses came during the first week after the hurricane came ashore in Port Fouchon. Since then, the modelers estimate that insured losses for Ida could approach $35 billion.

The leading event in the first half of this year is the extended freeze, which Aon expects to result in $15 billion in insured losses, said Hartwig. Texas and Oklahoma experienced their coldest temperatures since 1989 and north Louisiana the coldest temperature ever. Dallas temperature got below zero for the fifth time in recorded history of that city.

Overall, said Hartwig, the industry remains strong. It entered the Covid year of 2020 with strength and averted a worst case scenario that would have occurred had courts not held that insurers pay claims consistent with the “four corners of the contract, nothing more, nothing less.”

Net income for the P/C industry in 2020 was down by 3.7 percent, a level Hartwig described as modest considering the impact the pandemic had on the overall U.S. economy. The industry was able to withstand the 9.0 percent decline in surplus during the first quarter of 2020 and ended the year with record surplus of $898.5 billion. The first quarter of 2021 was rough due to catastrophes, said Hartwig, and Hurricane Ida will also impact insurers’ profitability; still, Hartwig predicted a new surplus record would be set at year-end 2021.

Covid-related auto premium rebates drove a two percent reduction in private passenger auto net written premium in 2020. Hartwig expects the line to bounce back into its normal growth pattern, as the line makes up more than 37 percent of all property and casualty premium.

Covid had no discernable impact on expectations for overall P/C combined ratios in 2020, which AM Best predicted to reach 99.1 percent, but which actually was 98.0 percent. Hartwig attributed the marginally lower combined ratio to fewer miles driven and fewer industrial exposures during the pandemic-dominated year.

Workers’ compensation is seeing a sharp rise in Covid-related claims, he said.

The insurance industry’s investment income continues to suffer due to low interest rates. Hartwig predicted 2021’s investment results will continue the low earnings trend, and he sees interest rates remaining low at least through 2023. He equated investment losses to having the same effect on the industry as a hurricane. “It puts more pressure on underwriting,” he said.

Hartwig’s presentation regularly includes a double line graph depicting direct premium growth plotted alongside GDP growth. Before 2020, the lines nearly coincide, demonstrating that insurance premium tracks the overall economy. While there was a sharp decline in the GDP last year, even dipping into the negative growth, premium growth slowed but never turned negative, he said.

With the national debt climbing to $27.75 trillion by the end of last year, Hartwig issued an inflation alert. “Large deficits that increase as a share of GDP are, at some point, unsustainable and inflationary.” Insurers’ concern about inflation becomes a rate inadequacy concern, he said.

Used car prices, said Hartwig, rose to the highest level ever in June 2021. New car sales have suffered due to lack of available super conductors. Lumber prices moved up rapidly. These are cost drivers for insurance, said Hartwig.

Looking at the claim trends, Hartwig noted that personal lines auto claim frequency was down, but severity was up.

Fewer miles were being driven, said Hartwig. Americans drove 229 billion fewer miles in 2020 than in 2019. Combined loss ratios for auto liability and physical damage were already trending down since 2016, said Hartwig. Hartwig attributed the improved loss ratio somewhat to rate increases in the line.

Pricing pressures are intensifying in commercial lines, said Hartwig. Overall, commercial rates were up 8.3 percent as of the end of the second quarter this year. While cyber is not a large line, it has experienced larger increases than other lines. Hartwig pointed to the increasing number of known data breaches and records exposed as drivers of increased rates in the line. “Insurers are reassessing exposure,” said Hartwig, noting that rate increases in cyber were overdue. Ransomware attacks were up 62 percent in 2020, compared with 2019.

Hartwig turned to social inflation and litigation trends. Average jury awards have been rising, he said. “A lot of jackpot justice going on out there.”

Covid-related lawsuits are on the decline, with fewer being filed because court decisions in business interruption disputes have almost universally been decided in insurers’ favor, said Hartwig. Courts are finding that the presence of virus particles is not a physical loss.