Nicholas A. “Nick” Farley, Ann Sagona Insurance Agency, was installed president of PIA of New Orleans Dec. 10 during ceremonies held at The Crossing in Kenner. 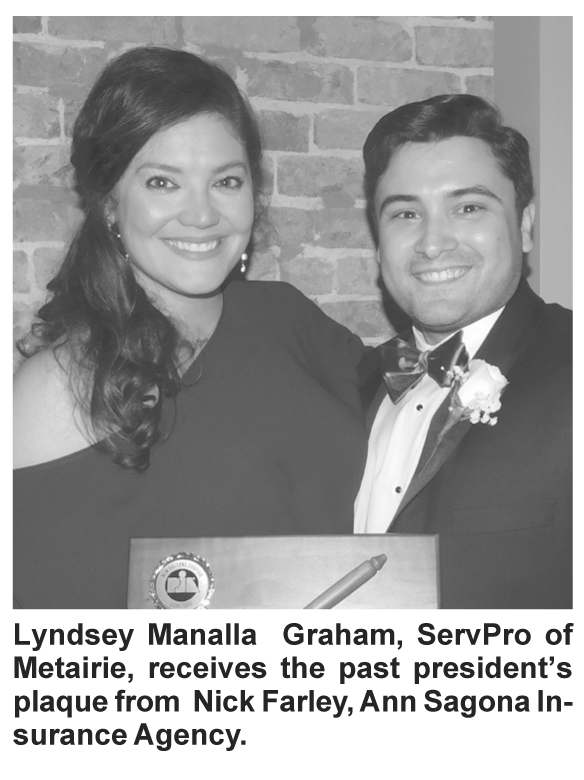 He succeeds Lyndsey Manalla Graham, Servpro of Metairie, who remains on the  board of directors as the immediate past-president.

He graduated from Tulane University with a bachelor’s degree in psychology. After college, he worked for a while with a political fundraising firm before entering the insurance industry on the life and health side of the business.

In addition to serving as the president of PIA of New Orleans, Farley also serves on the board of YIPs (Young Insurance Professionals) and began serving his first term on the board of the Northshore Chapter of PIA.

He holds the CPIA designation and is working on his CISR and CIC designations.

Farley has been active with PIA of New Orleans since joining Ann Sagona Insurance Agency and has served on the board of directors for the last five years.

His main goal for the coming year as president is to expand the membership of PIA of New Orleans and to support PIA of New Orleans’ neighboring chapters. “We need to do more with the other chapters to make all of us successful,” Farley said.

Farley told the Reporter that when PIA gets together, “you get the sense of being a part of a family.” He added, “The gatherings allow you to network with other industry members.”

PIA of New Orleans is planning to hold all of the functions that it has held in the past. The association plans to hold the Big Easy Boil in May, the Big Easy Charity Event in August, The Big Easy Bash in October and the installation banquet in December.

Farley has chosen the Jefferson SPCA as the charity for 2022. “The pandemic has caused an increased need in the area animal shelters, and this will help with their needs,” he said.