House Insurance Committee Chairman Rep. Tom Oliverson, M.D., R-Houston, didn’t plan on being in the hot seat when presenting virtually to members of the Professional Insurance Agents of Texas on Oct. 6, but he fielded a few probing questions when he ended his prepared remarks, which detailed several bills, some he authored, from the 87th Regular Legislative Session. The bills he reviewed had been heard in the House Insurance committee and became law. 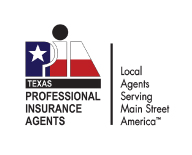 One of the questions addressed what Oliverson had earlier presented as a seeming noncontroversial bill, even though it  sailed through the legislature with about a third of the lawmakers voting against it in both chambers. HB 3924 was a bill Oliverson authored.

Oliverson said passage of the bill meant lower costs for Farm Bureau members to get health care through coverage by a health plan that was specifically classified as not an insurance product. Oliverson said this type of plan had specific authorization in the federal law known as the Affordable Care Act, which is sometimes referred to as Obamacare, though Oliverson did not use that word.

There are situations where folks have insurance, but can’t actually get care due to low participation in provider networks, especially in rural areas, said Oliverson. Some uninsured prefer to pay as they go due to lack of trust in health insurance available through government exchanges. He said that the bill authorizing the Farm Bureau Health Plan allows an innovative opportunity to provide rural Texans with access to quality affordable health coverage plans in places where insurance is historically limited.

The new law authorizes a member-owned company, which meets specific criteria and applies only to Farm Bureau, to form a health benefits program that can be sold directly to its members. Oliverson said this model has been enacted in Tennessee.

This controversy, new to Oliverson, was not discussed during the legislative process. Any opposition to the bill came from health insurers who saw the balance billing provisions of the legislation as problematic. Oliverson said the PIA member’s viewpoint had not previously been stated to him. He added, “I’ll be contemplating that for a while.”

During his prepared remarks, Oliverson limited his comments on TWIA legislation to the least controversial one, HB 3564, which prohibits the Texas Department of Insurance from rescinding a certificate of compliance issued for an alteration of property covered by TWIA.

In answer to a question about how to resolve the tension between lawmakers and TWIA, Oliverson said he lives in a Tier 2 county and, therefore, understands the devastating effect of storms and the coastal lawmakers’ responsibility to represent their constituents on concerns related to TWIA’s rates and payment of claims.

“There have been a fair amount of tense moments between these coastal lawmakers and the insurance companies, particularly on its (TWIA’s) board of directors,” said Oliverson. “The board members just don’t listen to what these lawmakers are saying,” he said. From his vantage point, the tension could go away if ratemaking for TWIA was moved to TDI.

“It would reset … the dysfunctional way of talking past each other,” he said. It would give insurers more credibility if TDI said the rate increase is needed, Oliverson added. He expects there will be “serious adult conversations” when the joint select committee meets to examine TWIA’s finances during the interim.

Another PIA of Texas member brought up a recent news item, where a patient and donor in Colorado had been refused a kidney transplant because neither had been vaccinated against Covid. “Isn’t that medical discrimination?” the member asked through the webcast moderator.

Oliverson, a physician, said it seemed so to him. He went on to explain that the U.S. is divided 49-49 on the benefits of  Covid vaccine mandates. “No one is undecided,” he said. “No one is looking for a middle ground.” The hospitals are politicizing this issue… and are plowing under the concept of immunity from natural infection, said Oliverson. Studies are showing that immunity from natural exposure is long lasting and significant, he added.

Oliverson said the Covid vaccine mandate issue is on the agenda for the third special session.

In a brief answer to two final questions, Oliverson said it is unlikely the Texas legislature would make workers’ compensation insurance mandatory for employers, and it remains undecided which Senate committee will hear insurance legislation in future legislative sessions. Oliverson left open the possibility that more than one Senate committee will be involved, depending on the subject matter.