W.R. Berkley Corp. announced Oct. 30 that it has named Thomas Joyce to succeed Thomas Kuzma as president of Nautilus Insurance Group, a Berkley company. Joyce will transition to his new role on Jan. 1, 2021. Kuzma has been named chairman. Joyce joined Nautilus as senior vice president of claims in 2015 and was named chief underwriting officer in 2018 and executive vice president in 2020. He has more than 35 years of experience in the insurance industry, serving in various technical and leadership roles, with a particular focus in the excess and surplus lines market. Kuzma joined Nautilus as an underwriter in 1986, its inaugural year. As the company grew, he took on more responsibilities in underwriting management, becoming chief underwriting officer in 1994 and president in 1997. In September, W.R. Berkley named Timothy J. Nelligan as president of Continental Western Group, a Berkley company that offers commercial insurance products for businesses in 13 states.

AM Best announced Oct. 16 that it has removed from under review with negative implications and affirmed the Financial Strength Rating of A- (Excellent) of the members of Hallmark Insurance Group. The companies’ operations are headquartered in Dallas, Texas. Hallmark’s rating was placed under review with negative implications on March 4 following the announcement by Hallmark Financial Services Inc. that its 2019 statutory results would include pretax adverse prior year loss development of $63.8 million, net of reinsurance. Subsequently, AM Best maintained the under review with negative implications status following Hallmark Financial’s announcement that it received notice from NASDAQ on May 13 because the company failed to file its form 10-Q for the period ending March 31, and because it remained delinquent in filing its form 10-K for the year ended Dec. 31, 2019. AM Best removed the rating from under review because the company currently is in compliance with NASDAQ filings, and AM Best completed its assessments of full-year reserve information. AM Best categorizes Hallmark Group’s balance sheet strength as strong and its operating performance as adequate. The negative outlook reflects a declining trend in Hallmark Group’s risk-adjusted capital. Year-end 2019 results were negatively impacted by adverse prior year development, while more recent results were impacted by unrealized capital losses. The group has entered into a loss portfolio reinsurance transaction to limit the impact of further reserve volatility and disassociate discontinued lines of business from ongoing operations. The group exited the binding primary book of auto business, a driver of the adverse loss development.

AM Best announced Sept. 29 that it has affirmed the Financial Strength Rating of A+ (Superior) of XL Bermuda Ltd (Bermuda) and its property/casualty subsidiaries (collectively referred to as XL). Concurrently, AM Best has upgraded the financial strength rating to A+ (Superior) from A- (Excellent) of T.H.E. Insurance Company (Baton Rouge). At the same time, AM Best has upgraded the financial strength rating to A+ (Superior) from B++ (Good) of AXA Corporate Solutions Brasil e America Latina Resseguros S.A. (Brazil). The outlook of these ratings is stable. The rating upgrades reflect the efforts to simplify the post-merger AXA XL organization. As a result, both T.H.E. and AXA CS Latam have been further incorporated into the operations and financials of XL Bermuda Ltd. This affords both companies more significant implicit and explicit support. The ratings of XL reflect the organization’s balance sheet strength, which AM Best categorizes as very strong, as well as its adequate operating performance, favorable business profile and appropriate enterprise risk management. The ratings also reflect XL’s strategic importance to, and alignment with AXA S.A., which enhances XL’s position in the global commercial property/casualty insurance sector.

Allstate’s acquisition of National General Holding Corp., a Delaware corporation headquartered in New York, is expected to close early in 2021, subject to regulatory approvals. In the meantime, the Alabama Department of Insurance gave notice on Oct. 26 that a public hearing will be held on Dec. 1 at the offices of the Alabama Department of Insurance to consider the acquisition of control of National General Holding, the ultimate controlling parent of Agent Alliance Insurance Company, an Alabama domiciled insurer, by Allstate Insurance Holdings, LLC and The Allstate Corporation, pursuant to the Alabama Insurance Code. National General is also the parent of 22 other insurers, including Imperial Fire and Casualty Insurance Company, headquartered in Louisiana. In July, AM Best placed under review with positive implications the financial strength rating of A- (Excellent) of Integon National Insurance Company (Winston-Salem, North Carolina), another National General affiliate, and its reinsured affiliates, as well as National General Re Ltd. (Hamilton, Bermuda). All of the operating entities are collectively referred to as National General Group. The under review with positive implications status followed the announcement by the Allstate Corporation of its agreement to acquire National General Holding in an all-cash transaction amounting to $4 billion in cash, or $34.50 per share. The positive implications reflect the financial strength of the acquirer and the expected support the operating companies will receive from Allstate. In announcing the agreement to purchase, Tom Wilson, chairman, president and CEO of Allstate said National General’s business and technology platforms will be used to strengthen Allstate’s existing independent agent business.

Louisiana Insurance Commissioner Jim Donelon has announced that Americas Insurance Company will waive a separate deductible for Hurricane Delta for insureds that were impacted by both hurricanes Laura and Delta, provided they have satisfied their full named-storm deductible. For policyholders who were under their deductible for Hurricane Laura, the remaining balance will be charged for Hurricane Delta, a large savings for those policyholders. “I applaud our homeowners insurers for supporting their Louisiana policyholders during these difficult times,” said Commissioner Donelon. “The financial cost of two hurricanes in less than two months to the same community is a massive burden to bear. I urge other insurers to recognize the seriousness as Americas and USAA have done and to commit to waiving any additional deductibles for those unfortunate enough to be affected by both storms.” Named-storm/hurricane deductibles are typically two percent to five percent of the insured value of a home. Americas Insurance Company’s regular policy deductibles are typically $500 to $2,500 per claim. In 2019, the Americas Insurance Company group covered 1.1 percent of the homeowners insurance market in Louisiana.

The Louisiana Department of Insurance (LDI) has directed property and casualty insurance companies in the state, including those that write private and/or excess flood coverage, as well as surplus lines insurers, to report claims data arising from Hurricane Delta. This is the second hurricane claims data call issued by the LDI this year, following a data call for claims information stemming from Hurricane Laura. The first report is due Nov. 27 for claims reported as of Nov. 20.

Louisiana Insurance Commissioner Jim Donelon speculated that this year’s active hurricane season could result in home insurance price increases of up to 10 percent, WWL 870 AM/FM reported. The last time the state had a devastating season, back in 2005, Donelon said, statewide home insurance prices went up 12 percent in 2006. “It actually was a 48 percent increase in south Louisiana, four times the statewide amount,” he said. “This year has been the worst in Louisiana from a hurricane perspective since all of the disasters in 2005, 15 years ago.” He said that when rates went up after 2005, they rose for three to four years before settling. Whether that happens again, Donelon said, largely depends on what happens next hurricane season.

Guy Carpenter announced Nov. 2 the launch of a new marine and energy mutual, agency and captive reinsurance solutions practice, and the appointment of Demian Smith as managing director to lead this new practice, which forms part of Guy Carpenter’s Global Marine and Energy Specialty Group. The group is one of several key growth strategies the company is focusing on in the marine and energy sector. By establishing a team operating exclusively in this rapidly evolving space, Guy Carpenter will be optimally positioned to deliver market-advancing, client-centric solutions.  Based in London, Smith will report to Jim Summers, Global Head of Marine and Energy Specialty and deputy CEO of Global Specialties at Guy Carpenter.

On Nov. 16, the first case involving business interruption losses due to the COVID-19 shutdown orders will begin in the Civil District Court for Orleans Parish, subsequent to Judge Paulette R. Irons ruling against a motion for summary judgment filed by Lloyd’s of London underwriters seeking dismissal of a suit filed by the owners of Oceana Grill, Claims Journal reported Nov. 11. A report by the National Association of Insurance Commissioners issued in October says U.S. insurers have received 201,285 claims for business-interruption losses caused by coronavirus orders. Of those, 164,178 were closed without payment, 34,106 remained open, and 3,001 were paid. In a separate report, NAIC said its analysis showed that 83 percent of policies have exclusions for virus, bacteria, and pandemics and 98 percent require a physical loss for a claim.

Modern Healthcare reported Oct. 21 that litigation finance firm Juris Capital recently collected $35.4 million in legal winnings from the Connecticut Insurance Department (CID) following the U.S. Supreme Court’s ruling earlier this year that the federal government owed insurers billions of dollars in outstanding payments under the Affordable Care Act’s risk corridor program. The ruling came after Juris collected $64.9 million in litigation proceeds in August from the Illinois Department of Insurance. Two insurers, Connecticut-based HealthyCT and Illinois-based Land of Lincoln, along with other companies, sued the federal government in 2017 and 2016, respectively, for unpaid funds. Juris paid HealthyCT $10.5 million for 100 percent of its future legal rewards. A CID spokesperson told Modern Healthcare the deal was beneficial, noting that, “The Juris transaction allowed the liquidator to de-risk a potential adverse outcome in the risk corridors litigation while providing significant assets to repay all but one of the estate’s creditors.” 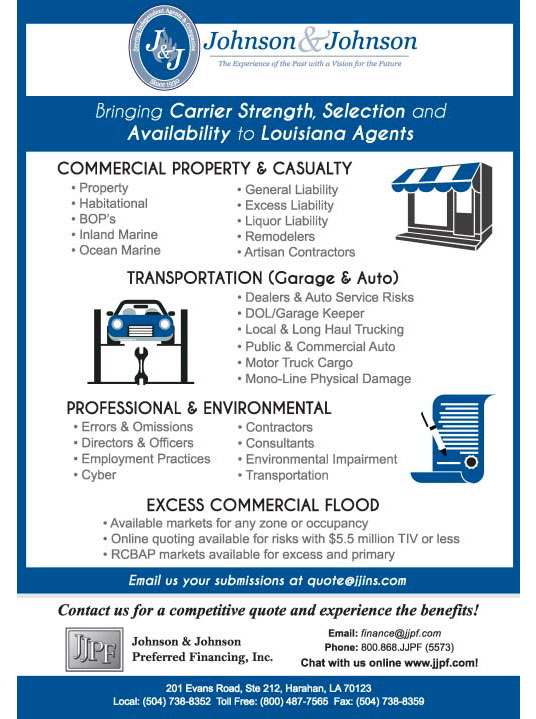