Insurance Serves Policyholders When There is ‘No More’ 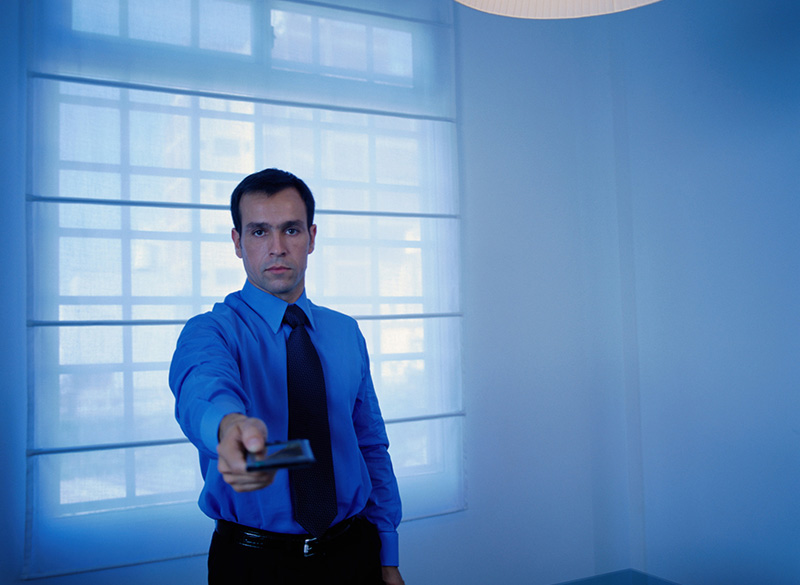 Today is September 11, 2020 – the 19th anniversary of what we now call – 9 /11. The TV is playing in the background, reliving the terror of that day. It is the tragedy– no matter where you lived–that reshaped our world. We will never forget. August 27, 2020 was the day a storm named Laura – leveled Lake Charles in Calcasieu Parish and cut a large swath of destruction through Louisiana. It was a day that will live in affected residents’ memories forever.

I think this is the perfect time to remind each of you and all of you in the insurance business that we exist to serve in the darkest of times, not when everything is going great (rainbows and unicorns). Sometimes from our comfort zone, we forget our role. We can handle, without stress, an auto accident, a house fire, or a windstorm. The onesies and twosies of claims are merely practice or calisthenics for our real job – disasters.

If you’ve been through a major disaster where hundreds (thousands) of your policyholders (and you yourself) have had losses, you understand. If you’ve never seen such losses, you are “Clueless in Seattle” – or wherever else you are. I interrupt this article to ask you, if there were riots, looting and arson in your downtown for over 100 days, how and what would you do? Really? Seriously? What if your office building had burned up in the Chop Zone?

Hurricane Katrina is the one storm that most people remember, even those in states that don’t have hurricanes. The vivid memory is not as much of the storm itself but rather the social unrest (Read: chaos in the streets of New Orleans) that followed.

Nearly immediately after the storm, hundreds of evacuees from Orleans and St. Bernard Parishes arrived in New Iberia, my hometown, by bus. Most did not have their own transportation. Those with resources self-evacuated. Bused evacuees were herded into the recreation centers in New Iberia City Park and the West End City Park where they were housed.

“Housed” is too polite a word. There was a roof over their heads and a gym floor under their feet, and air conditioning. Bathrooms designed to meet the needs of a few people during the day were now their primary latrine. Outside there were portable toilets. The men and little boys could also find relief behind the many trees in the park; the women and some children were more limited in their options. At night they had blankets to cover themselves. Some had a duffle bag or suitcase with their other worldly possessions. Their world was not about comfort or convenience; it was about survival.

In New Iberia, the American Red Cross teams came in unprepared for and mostly clueless about the task awaiting them. Shortly thereafter, local leaders, individual volunteers and civic groups took charge. The process improved greatly, but the evacuees were still far from home; their world remained in chaos, and most were fearful of the destruction awaiting them back home.

In an effort to diffuse the tension that was reaching dangerous levels, Mayor Hilda Curry asked me to facilitate a “listening session,” so the evacuees could be heard. Her instructions were simple, “Let them vent, let off their steam safely and voice their frustrations.” Fifteen years later, a few vivid memories remain.

Congressman Charlie Melancon, whose district included St. Bernard and other low lying parishes of south Louisiana, was one of the first speakers that night.

He had been able to visit the area by Coast Guard boat earlier that day. Charlie, normally unflappable, was visibly shaken. He said, “I planned to bring some hopeful news to you, tonight. I can’t. There is no more St. Bernard Parish.”

Today, from the media reports and friends in the area, Hurricane Laura has left Calcasieu Parish and Lake Charles in a similar condition. Normal is years away. A livable new normal is many months away.

Throughout the program that night nearly every attendee was trying to reach someone, somewhere, on their cell phones. Unfortunately, all were unsuccessful. The phones that had already become a part of our lives were not effective. A brick to our ear could have at least started a conversation; the phones could not. Cellphone towers and utility lines are often destroyed in the storm. After a major disaster, life will more closely mimic the Flintstones, not the Jetsons. If you don’t know these folks, google them while you have electricity.

A few speakers were empathetic and tried to feel the evacuees’ pain. Too many were bureaucratic and just told the audience what they thought the evacuees needed to do. Unfortunately, what their procedure manuals suggested as solutions, the evacuees were not able to do in the wake of the destruction in their parishes, absence of phones and utility infrastructure and closed roads. Access to their homes (if indeed they remained) was verboten. All assumed they had a major loss awaiting them at home; their only question was, “How bad?”

That is a nagging question to have on your mind 24/7.

A local government bureaucrat was speaking to the group, when he was asked by a very large and angry evacuee an important and appropriate question that this emergency expert should have been able to answer or, at least, empathetically respond to with the promise to get an answer to the evacuee at the shelter the next day. Unfortunately, the bureaucrat said, “You don’t understand my problems.” You could see the rage in the face of the questioner and the rest of the crowd. I quickly responded to the bureaucrat, “It is your job to understand and help solve his problems; it is not his job to understand your problems.”

Here’s reality. As agents our most important role and service provided is not to process paper, negotiate better rates and answer questions about coverages. These are our job but not our most important role. Our role is to pick up the pieces when our clients’ lives, communities and businesses have fallen or are falling apart. Our most important job starts when others leave home in a crisis or head home after it. If Hurricane Laura just leveled your town, would you be up to the job you signed on for as an agent?

You claim to be different, even better than your competitor. The marketplace of chaos is where you prove your brand. Success is not in what you say; it is in what you do.

A New Orleans insurance agency principal stayed with friends in Baton Rouge. Most of his team had evacuated there as well. After the storm, he realized this was to be his home and his agency’s “office” for a long while. He quickly rented apartments to house his team and office space to serve his customers. It was not easy, but it was what had to be done. A tentative decision- making process or waiting to see what happened may have resulted in no housing and limited options, as Baton Rouge filled up fast with evacuees, their families and businesses, and entrepreneurs committed to restarting their lives. Would you have had the resources and courage to act quickly in chaos? Remind yourself: The worst of times creates the playing field for champions in our industry. Your best is needed when the worst is the norm.

I pray you never have to work through this sort of crisis. I pray harder that if you do, you are prepared. It’s the promise you made when you chose this industry or this industry chose you.

MICHAEL G. MANES is the owner of Manes and Associates, a New Iberia based consulting business focusing on planning, sales and operations, and change. He has over 46 years of insurance industry experience, including serving as an instructor of Risk and Insurance at Louisiana State University.